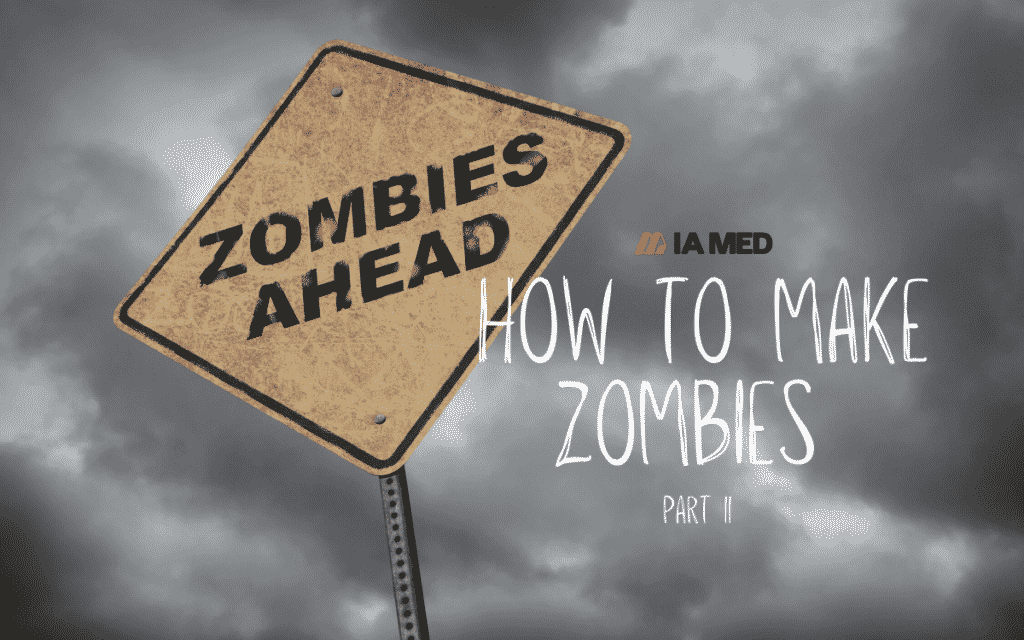 In Part 1, we looked at what happens to the body during a zombie apocalypse. Whoops, sorry, cardiac arrest. Impedance Threshold Devices and Heads-Up CPR were mentioned as being very effective in CPR, and it’s time to get to the fun stuff. I’m going to try really hard to not bore you to death with too many numbers, statistics, and crazy terminology, but I can promise nothing-I’m kind of a nerd.

What is an Impedance Threshold Device (ITD)? We’ve all seen the studies and the articles about how great they are, but what do they actually do? Well, depending on who you ask, you either get “They help ROSC rates!” or you get the in-depth clinical answer. I’m an in-depth-clinical kinda guy, so buckle up.

An ITD is a small device placed into the respiratory circuit, and can be used on any airway device carried on an ambulance. It has a small silicone diaphragm that is designed to impede airflow when you’re not actively ventilating the patient (and when thoracic pressure is below 0 atm). Even though it sounds like a respiratory tool, it’s really a circulatory tool. Studies have shown that using these devices in CPR increase the systolic BP by quite a bit (almost half) over not having an ITD in place. By selectively impeding airflow and maintaining a low pressure in the chest cavity, an ITD essentially creates a vacuum in the chest, which increases venous return to the heart. More blood in heart = more blood pumped out = more blood pressure.

The ITD has received a “Class IIa Recommendation” from the American Heart Association. That sounds pretty cool, but what does that mean? It means that the AHA believes that an Impedance Threshold Device is a more effective resuscitation tool than epinephrine. That’s pretty impressive! As an added bonus, training for the ITD is very simple. There are few requirements to become proficient in its use, and it’s basically a “plug-and-play” piece of equipment.

Heads-up CPR is a newer approach to cardiac arrest care. When I first heard about it, I thought it was just elevating the head of the stretcher while we did CPR, and I was pretty far from the mark. It involves combining multiple devices, notably: an ITD, an active compression-decompression device (forced compression AND decompression of the chest), and elevating the patient’s head/torso. By combining all of these therapies, heads-up CPR has resulted in significantly improved ROSC rates, as well as more neuro-intact survival.

The procedure is fairly simple; airway, ITD, compression device, and elevate. The head and torso should be elevated to approximately 30 degrees to provide the best balance between decreasing ICP and increasing cerebral perfusion pressure. (Remember that too much ICP is bad.) Increasing the head too much results in a much higher ICP, which is difficult to perfuse through and will actually decrease your chance of ROSC or neuro-intact survival. Combined with an ITD, you end up increasing coronary perfusion pressure as well because blood is being returned to the heart more efficiently. More efficient blood return = systolic BP increase = diastolic BP increase = more blood perfusing the heart.

Sounds kinda difficult in the back of a moving ambulance, right? Well, Palm Beach County Fire/ Rescue performed a trial of heads-up CPR to determine if it was feasible and safe for their crews and patients. Not only did their ROSC rates shoot upwards, they determined that it was safe, feasible, and easy. All they did was pick the patient up with a scoop stretcher, elevate the head of the ambulance cot, and throw a PelicanTM case under the scoop to maintain elevation. Sounds pretty simple to me!

Heads-CPR and ITDs barely scratch the surface of “best practices” in cardiac arrest care. For instance, I didn’t realize until recently that something as supposedly trivial as my choice of airway device is going to affect resuscitation efforts. Part 3 is going to go over the effects different airway devices and procedures will have on the pathophysiology of cardiac arrest.