In the Pipeline: Head Up CPR in OHCA? 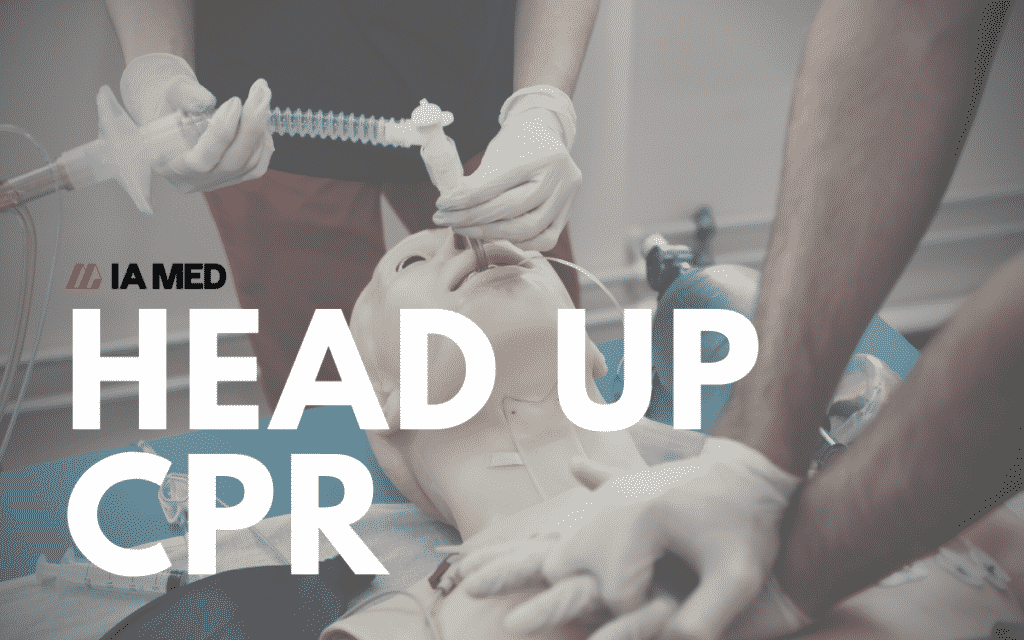 In the Pipeline: Head Up CPR in OHCA?

Background: Head up (HUP) CPR is a new concept to me.  The theory behind HUP is it allows for venous blood to drain from the brain to the heart thereby decreasing intracranial pressure and lowering the arterial/venous pressure waves which potentially could concuss the brain with each compression.  Additionally, conventional CPR increases vascular pressure in both the venous and arterial sides of the heart simultaneously. It also increases intrathoracic and intracranial pressure which can impede cerebral blood flow and compromise coronary circulation.  All of these theories were evaluated and confirmed in animal models with very limited human trials.

In order for HUP to work, however, we have to be able to effectively pump blood up to the brain which is not typically achieved with conventional CPR (C-CPR). Active Compression Decompression with Impedance Threshold Devices (ACD-ITD) are one way to improve C-CPR.  They can theoretically help by reducing intracranial pressure (ICP), reduce the potential for concussion with every compression, increase cerebral perfusion pressure (CerPP) and coronary perfusion pressure (CorPP). However, with any new approach, we should always temper enthusiasm, as the realities of implementing them may actually not be helpful, and maybe even harmful. 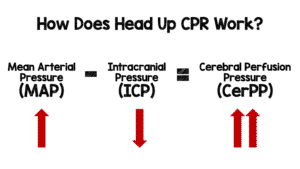 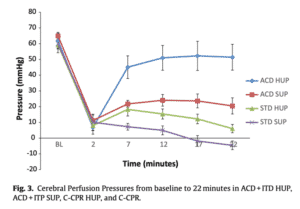 Take Home Point: In this swine model, HUP and ACD + ITD CPR was the most impactful in improving CerPP. 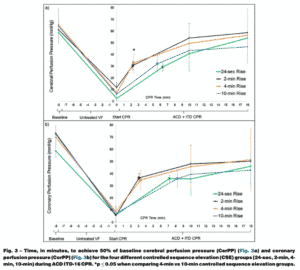 Author Conclusion: “By optimizing controlled sequential elevation timing, CerPP values achieved 50% of baseline within less than 2.5 minutes and >80% of baseline after 7 minutes of CPR.  This novel CPR approach rapidly restored CerPPs to near normal values non-invasively and without vasopressors.”

Take Home Point: In a swine model, this study shows it is possible to rapidly generate and sustain near-normal CerPP pressures during ACD + ITD CPR by using a customized mechanical head and thorax elevation device, a priming step, and a controlled timing sequence to elevate head and thorax over a 2 – 4 min period. 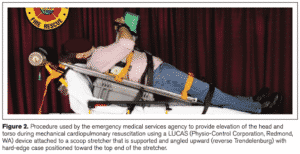 Outcomes: Establish the feasibility of using mechanical CPR devices at a slightly elevated angle and improve resuscitation success (admission to the ED with spontaneous circulation) 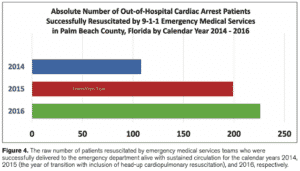 Author Conclusion: “The head-up/torso-up cardiopulmonary resuscitation bundle was feasible and associated with an immediate steady rise in resuscitation rates during implementation followed by a sustained doubling of the number of out-of-hospital cardiac arrest patients being resuscitated.  These findings make a compelling case that this bundled technique will improve out-of-hospital cardiac arrest outcomes significantly in other clinical evaluations.”

Take Home Point: This trial shows the feasibility/safety of HUP and is the first human trial evaluating HUP CPR resulting in a doubling of successful delivery of resuscitated patients to the ED. These results are promising and yet another step in a potential future advancement in improving outcomes in OHCA