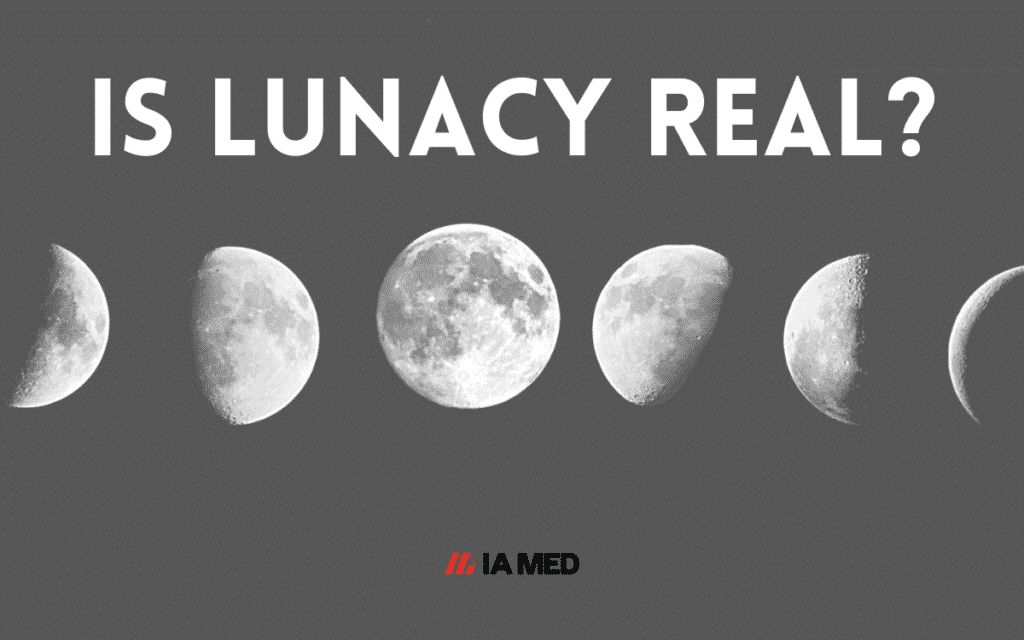 Every month, teachers and medical providers everywhere dread the full moon. There’s just something about it that makes the strangest things happen.

Just listen to this full moon story submitted by an EMT in Indiana:

I’ve always dreaded the full moon. Ever since I first started working in EMS, I noticed strange things happening about three days leading up to the full moon and three days after.

Sometimes our equipment wouldn’t work. Sometimes the ER’s computers would glitch, and admitting patients would cause a huge backup for administration.

But I don’t think anything weirder happened than this one Thursday when the moon was full.

I work in a rural community, and our EMS station is in charge of the whole county–about 30,000 people. And this particular night, we were slammed.

From three minor car accidents with no injuries to a soccer player’s third concussion at the local high school, we had no breaks.

Then we were called to a private residence by a young woman, probably around 17, calling about her grandmother, who she said was acting strange.

When we arrived on the scene, the grandmother–aged 73–was sitting under the large shade tree off the front porch in the dark …. naked. The granddaughter told us her grandmother had started acting odd about 24 hours before when she said the living room was made from a sea of dogs, and she couldn’t sit anywhere for fear of squashing the pups.

It was hot out, so we thought maybe the grandmother had gotten heat stroke or perhaps had a TIA.

When we approached the grandmother to evaluate, that’s when things got…violent. I approached her, announcing who I was and what I was going to do, and she grabbed her cane, which was on the ground next to her, and she hit me.

Her combative nature stopped there, and she immediately went back to sitting under the tree peacefully, almost like she was meditating.

Luckily, my partner convinced her to put on a robe and get in the ambulance with us.

So what was the problem?

Grandma apparently dropped a lot of acid in the ‘60s and ‘70s. She was having an acid trip from acid that was still in her system 50 years later, a phenomenon called Hallucinogen-persisting perception disorder (HPPD). Of course, I’d heard of this kind of thing happening, but I’m not going to lie. I thought it was a myth to stop people from doing acid today.

This was a bizarre occurrence that happened during the full moon. But is this a case of Lunacy, or is it a coincidence that a strange call like this happened on a busy night that happened to have a full moon?

Let’s see what science has to say about Lunacy.

Sleep cycles are disrupted during the full moon.

More for women and children than for men, but studies show that REM sleep is impacted in the days leading up to the full moon and even a few days later. This disruption of sleep is attributed to the moon’s brightness, making it more difficult to sleep.

And, we all know that when sleep is poor, we can do crazy things.

Healthline also talks about the impact of the moon on tides. As you know, most mammals, humans included, are made largely from water. As the moon phases shift, the ocean tides adjust.

Mammals do much the same. Some research suggests that our blood is impacted by the moon’s phases, with blood pressure actually dropping during the full and new moon phases.

Studies also show that certain mental health conditions such as bipolar disorder, depression, anxiety, and schizophrenia can all see increased symptoms during the full moon.

On the other hand, there doesn’t appear to be a correlation between the moon cycles and violence, suicidal behaviors, trauma, or aggression. In fact, Healthline reports that studies show a decrease in all of these behaviors during this moon phase.

And, when we’re more aware of something, the more likely we are to pay attention and look for certain signs and symptoms, also known as the Baader-Meinhof Phenomenon.