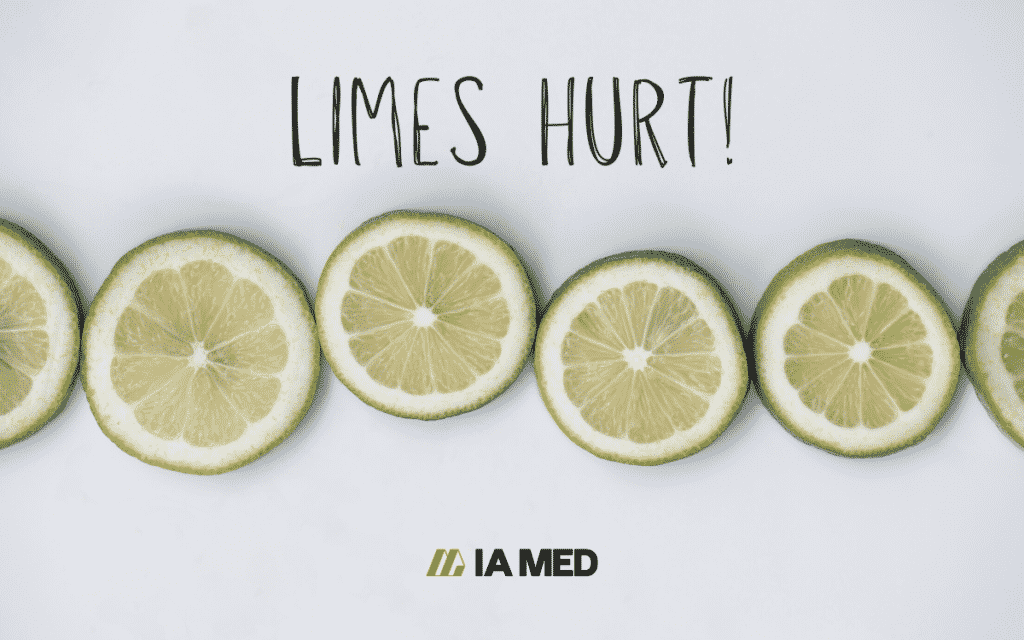 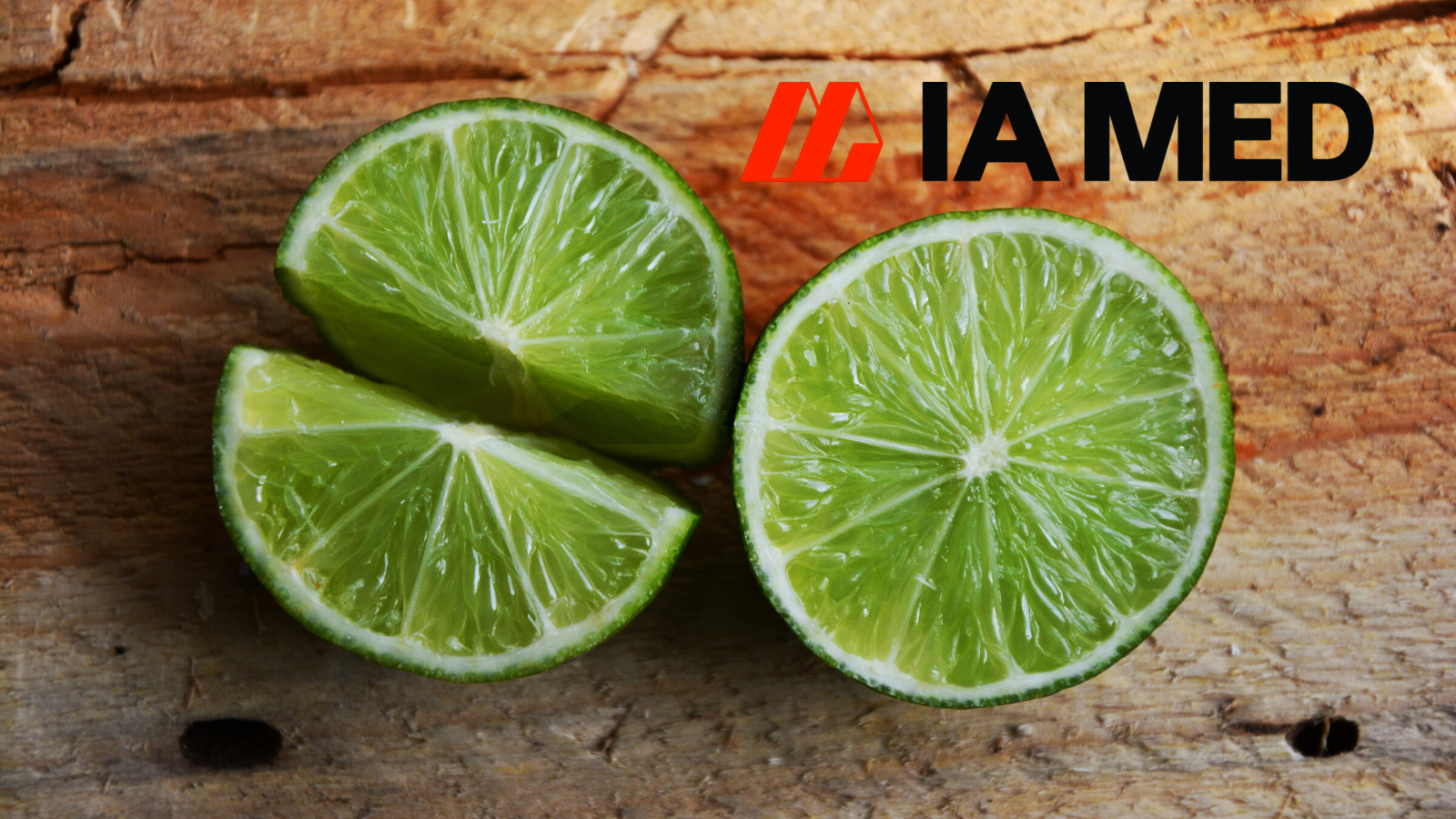 After coming home from a long shift, but still having to do a lot of work on the farm, you decide to make a well-earned mojito and luckily, you even have some fresh limes on hand! As you are sipping your well-earned drink and walking to the field, you trip, spilling your drink on your arms and legs. After some cussing and a trip back into the house for another drink, you begin working on hoeing weeds from the field. The next day, you notice a bit of a painful erythematous rash on your legs and arms and later that night the rash becomes even more painful and there are blisters forming. What on earth is this from? When lime juice is left unwashed on the skin and then exposed to sunlight, phytophotodermatitis occurs and it is caused by organic compounds called furanocoumarins.

Furanocoumarins are an aromatic organic compound containing a furan ring. If the furan ring is attached to carbon 6 and 7, then a linear Furanocoumarin is formed called psoralen. In nature, these compounds are made as a defense mechanism for the plant and have been shown to be an active defense against nematodes, herbivores, mold, insects, and other plants (3).

When a furanocoumarin is exposed to UVA radiation, the compounds absorb photons and cause a reaction without oxygen. This is a Type 1 reaction and the damage is at the cellular level, as aberrant crosslinks in DNA are formed which results in the inhibition of DNA synthesis. Type 2 reactions occur with adsorption of photons from the UVA radiation and a reaction with oxygen, forming free radicals with the psoralens. These reactions will cause epidermal, dermal, and endothelial cell membrane damage that manifests as edema, erythema, and bullae (1, 5,12, 13). The reaction is therefore a phototoxic reaction independent of the individual’s immune system, and because of that, it is not a photoallergic reaction (11).

Phytophotodermatitis typically presents 24 – 48 hours after exposure to the furanocoumarins and sunlight. There is an erythematous rash that is often accom­panied by vesicles and a burning sensation. The severity peaks within 72 hours (2, 4, 5, 12). As the erythematous rash dissipates, hyperpigmentation of the skin replaces it. This hyperpigmentation often takes weeks to months to go away (4)

Agricultural workers are at particular risk for developing phototoxic reactions, as they are picking fruits and vegetables which can cause the reaction and are in the sunlight Children, forestry workers, and gardeners are at risk of contact with celery, fig-trees, wild parsnip, parley, and hogweed. When the rash presents on hands it is often from pulling the offending plants and picking their flowers. Streaklike and linear rashes are from when the plant is brushed up against (2, 6-8, 13).

People in tropical climates are often at risk of Phytophotodermatitis, especially those on vacation who are cutting limes and lemons for drinks. Often rashes from these occur as dripping, splashing, or hand wiping patterns (1, 5, 7, 9, 12).

Additionally, people will sometimes use a ‘Fig Tea’, which is slathered on the body as a tanning aid. There have been several case reports where these people wind up at the ER and hospitalized, because of the large surface area of the burn (10).

Phytophotodermatitis does not usually require hospitalization unless the injury is severe. Often, the treatment is to relieve the symptoms of the reaction. Cool dressings to relieve the itching can also be used. Antihistamines, antipruritics, and steroids are commonly used (2, 4, 9). When hospitalization is required, it is usually due to the amount of body surface area that is affected or the wound which has become infected. These patients are often admitted to burn units where they are treated with debridement and sometimes skin grafts (1, 6, 9, 10).

So, how does one prevent becoming the victim of a phototoxic reaction? Cover up when working around plants – long sleeves, pants, and gloves. Wash up after working with plants. And, if you splash citrus on yourself, wash it off!