On Ketamine; In Defense of Excited Delirium 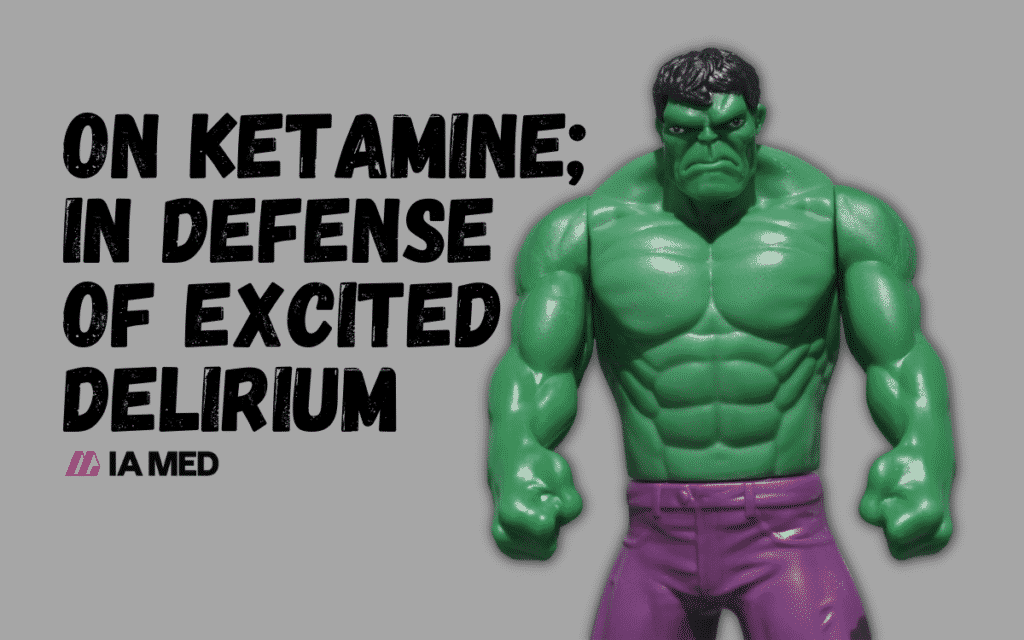 On Ketamine; In Defense of Excited Delirium

Recently I worked a week-long special event as an ALS/CC capable transport unit. Posted in the middle of nowhere and surrounded by thousands of people taking more drugs than a pharmacy carries, I knew it was bound to be quite the week. On our second day, my partner and I were cruising along people-watching when we were dispatched to a man attempting to bite people. Two BLS non-transporting units were also dispatched as he was reported to be combative, and we were all staged until law enforcement arrived.

Unfortunately, it doesn’t always work out that way. When we attempted to rendezvous with the BLS units at the staging point, we found they were on scene waiting for law enforcement. The subject was also there, and it provided me with an opportunity to observe him. He had removed most of his clothes, leaving only some spandex-type jogger shorts.

Now, I don’t work or live in this state and flew in just for the event, so I can’t say if that’s normal there, but it’s not where I’m from. Chemical restraint is a medical procedure requiring an indication and even has contraindications. In fact, I’m not aware of any state that allows a law enforcement officer to dictate whether a patient is sedated or not.

As we’ve seen in the past year or so, chemical restraint by EMS has become a hot topic in the news, on the ground, and in the political arena. The very same week this happened, Paramedics in Colorado were charged with manslaughter in the death of Elijah Mccain, who was sedated with ketamine after an encounter with police. It was a hot topic in 2019 and 2020 when Minneapolis Police’s civilian review board found bodycam footage of officers directing EMS providers to sedate their suspects.

It’s important to remember that as the medical professionals on the scene, we determine the patient’s care. If there is no medical reason for sedation, then there better not be any sedation. Now, most of you reading this are probably no stranger to these calls and are probably experienced in rallying and leading law enforcement responders during medical calls. However, there continues to exist a power dynamic that some are subconsciously afraid of; we depend on law enforcement officers to keep us safe, and (to some) if we don’t keep them happy they either won’t protect us or will target us.

Don’t allow yourself to be sucked into a hole; take a deep breath, stand back, and assess your patient. If a demand for chemical sedation is made, politely yet firmly tell the person making the demand that you cannot sedate someone without a medical indication and the person has to be assessed before making that determination. As law enforcement officers, it is their duty to attempt to control that subject until there’s a valid diagnosis that supports the medical intervention. It is the law enforcement officer’s duty to be fit enough, well enough trained, and properly equipped to subdue subjects of all different sizes and chemical restraint is nowhere in their use of force continuum.

So what did I do? I firmly told the officer that I cannot do so without a medical indication and that they would have to control him enough to allow me to assess him. They weren’t pleased with that, but they did, and what I found concerned me.

First of all, the patient was placed prone, handcuffed, and hobbled. This alone is extremely dangerous due to positional asphyxia. Secondly, he was hot to the touch with pinpoint pupils, almost naked, biting everyone he could, with a heart rate of at least 200. Bystanders reported he had taken LSD, PCP, and ketamine with alcohol; another who had been with him said he was diagnosed with schizophrenia. On top of it all, he didn’t speak any English – he was European and traveled for the event. Unfortunately, no one else spoke his language.

This was extremely challenging as we had no good history. Verbal de-escalation wasn’t effective with the language barrier, physical restraint wasn’t restraining him well enough and he was only able to be controlled in a position dangerous to his health. Ultimately, I made the decision to chemically restrain the patient utilizing ketamine. 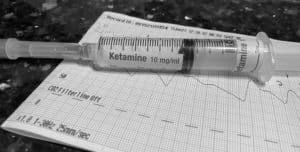 Ketamine is an extremely effective drug when it comes to managing combativeness. At high doses, it provides rapid dissociation without major effects on the respiratory system and blood pressure (usually). However, caution must be exercised with patients receiving it prehospitally; what’s been seen as a precipitous drop in a patient’s cardiovascular system after sedation (often leading to cardiac arrest) can often be attributed to depleted catecholamine stores. The catecholamines are responsible for the increased heart rate, blood pressure, and other stress response signs by releasing epinephrine and norepinephrine into the circulatory system. By understanding this, we can target the most common side effects of sedation in hyper-combative patients and protect them from sudden cardiac arrest.

In these patients (often placed into a catchall called “excited delirium”), it would be prudent to attempt lowering stressors. Intubation of these patients is a hot topic but if done safely can further reduce stressors and allow for larger doses of sedation and hopefully paralytics. Cooling is often a necessary measure. 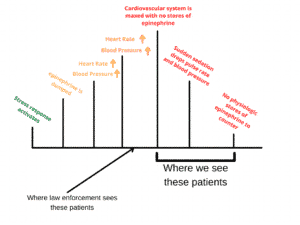 So what happened with our patient? He was sedated, moved to a controlled location (our ambulance), additional IV access was gained, cooling began as best as possible, fluids were administered, and he underwent an RSI. After RSI he was placed on a transport ventilator as well as continuing pain and sedation agents and transported the two hours to the closest facility. He did have a period of hypotension during transport relieved by a push dose of epinephrine. He was admitted to the ICU, extubated 2 days later, and left the hospital AMA.

It is important for us to understand our role in the care of these patients: providing safe non-judgemental medical care. We can do so by understanding the physiology behind these conditions, how our drugs interact with their drugs, and how to effectively counter those interactions, all while maintaining the close relationship EMS often forms with law enforcement.

I’d love to hear your opinion on this controversial matter – feel free to reach out. 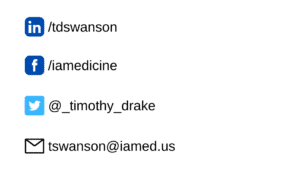