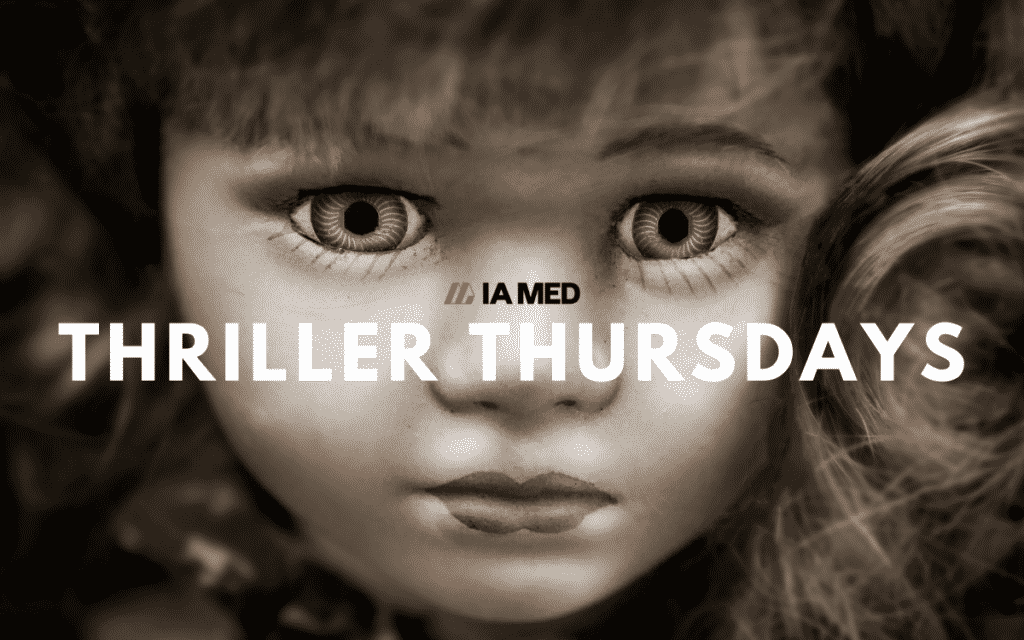 ? Under the moonlight, you see a sight that almost stops your heart. You try to scream, but terror takes the sound before you make it. ?

So when we got a call about an unusual smell coming from an elderly neighbor’s apartment in a swanky high-rise in Midtown, I wasn’t expecting anything out of the ordinary. It’s unfortunate, but calls like this are relatively common. We arrived on-scene around midnight to have the on-duty night manager let us into the apartment. It was about 90 degrees outside, even at this time of night, and we weren’t surprised to find the smell worsen as soon as the door was opened.

What we were surprised about was the living room. Everything was pink. Think 1950s retro pink.

Pink furniture with wooden backs–plush pink carpet, and even white wallpaper with, you guessed it, delicate pink flowers. The wall across from the entrance had a gallery of collator’s porcelain plates featuring kittens in front of flowers. It was all very Professor Umbridge. As we walked into the living room, things got more strange.

Blood was everywhere–but the amount of time the blood had been sitting caused oxidation, creating a black-on-pink canvas, suggesting a massacre, rather than a single elderly woman home alone. But it wasn’t just the insane amounts of blood that made the hair on the back of my neck stand up.

Porcelain dolls of Rhett Butler and Scarlett O’Hara in the prized green dress. Dolls of Elvis and John Wayne. Madame Alexander dolls, Barbies in their original boxes, and more. Every wall but the Cat Wall was filled with dolls, all of which had ever-watchful eyes. No matter where we moved, we couldn’t escape.

Could things get more strange? Yes. Yes, they could.

Our patient was sitting contorted by rigor mortis in an uncomfortable-looking pink wing-back chair. Her jaw was open, eyes wide, and dried black blood in a line down both of her wrists and scissors on the floor between the end table and the chair. This woman had clearly been there for a while.

Because of the amount of blood we found at the scene, we checked the rest of the apartment–about 1,200 square feet of space–expecting to find more bodies. There was no way that this woman had splattered blood all over every single room of her home by herself.  The hallway to the back rooms was lined with photos of dolls, and the three bedrooms were decorated with doilies, lace, and dolls.

We couldn’t get out from under the gaze of those unseeing eyes, no matter where we turned.

In the master bathroom, we discovered what caused all the blood. A rusty hacksaw lay on the lip of the bathtub with blood on every tooth. Upon further examination of the body, we discovered several horizontal cuts we assumed were made with the dull and rusty hacksaw. It appeared that she tried to slit her wrists in the bathroom, but the saw was too rusted and dull, and she was dying too slowly. So she paced her house dripping blood until she decided to speed up the process with the scissors in her living room, among the watchful gaze of the dolls that appeared to be her only friends and family.

I never discovered why this woman lived 80+ years only to decide to commit suicide. We aren’t allowed to follow up on our patients. But, I will forever be haunted by the image of a too pink house dotted with black blood and the contorted woman being watched by the dolls she left behind.

If you have any creepy, spooky, or weird stories, let us know! We’d love to hear them.

Plus, if you get featured on Thriller Thursday, you’re entered for a chance to win a $100 gift card that you can use toward any IA MED course!

Reply to this email with your story or submit it on IA MED’s Facebook or Instagram pages for your chance to win.